This resource page is meant to provide addicts or the loved ones of addicts with relevant resources for drug or alcohol addiction treatment and rehabs in Montreal, Quebec, Canada. While Montreal is home to a diverse population, it remains a predominantly French-speaking city, and even more so in other parts of the province. According to the 2017 Canadian census, only 9.6 percent of Quebec’s population speaks English as their mother-tongue. Because of this, it can be difficult to navigate and find quality English Montreal drug rehabs and alcohol rehabs. 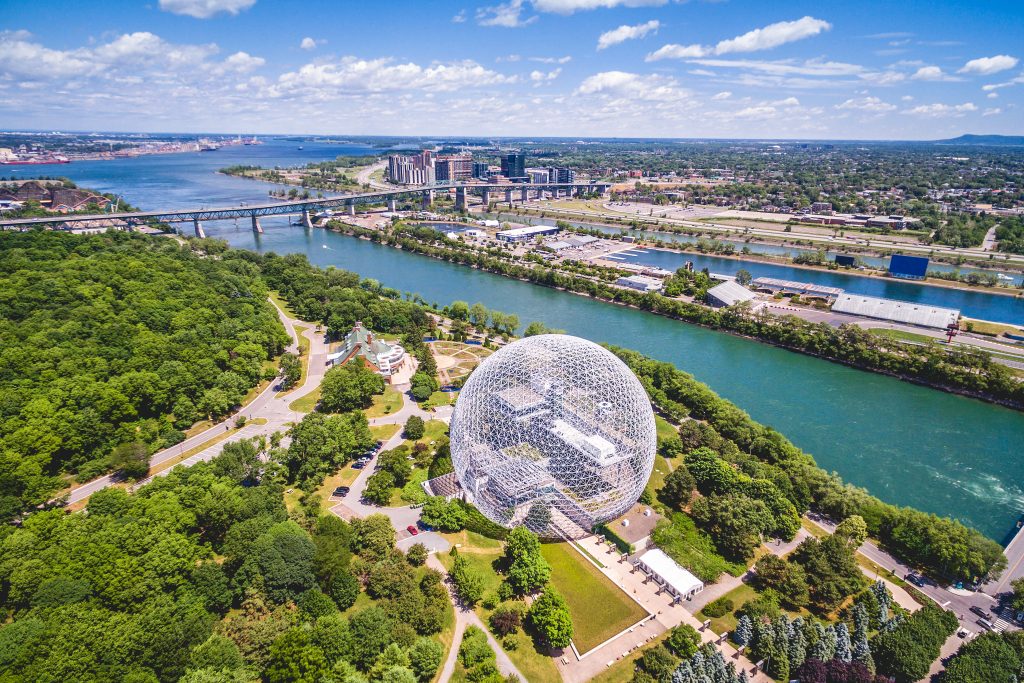 Heritage Treatment Foundation is a non-profit residential drug rehab and alcohol rehab located in picturesque rural Quebec, Canada, just one hour outside of Montreal. We take in only 12 residents at a time in order give each resident the attention they need. Our therapy and counselling is conducted in English, however we have had many bilingual and French-speaking residents take part in our drug and alcohol rehab programs as well. Our programs take place over 30, 60, or 90 days, where we create individualized programs to begin your rehabilitation journey from alcohol addiction or drug addiction. Our approach is focused on evidence-based treatment, combining psychotherapy, pharmacotherapy, and treating co-occurring mental health disorders. One-on-one therapy and daily group therapy is paired with alternative therapies such as yoga, tai chi, massages, art therapy, and more.

Montreal Rehabs and Resources for Alcohol Addiction and Drug Addiction

SMART Recovery meetings are a non-12 step approach to recovering from drug addiction and alcohol addiction for those who wish to recover outside of a residential drug rehab. SMART Recovery provides participants with skills and tools to cope with their addictive behaviours in healthy and lasting ways. Meetings run for 90 minutes, are free, and are made up of small groups (generally consisting of no more than 10 participants) for individualized attention.

The CHUM addiction treatment centre for drugs and alcohol has been active since 1980, with a strong emphasis on research in Montreal and internationally. In order to take part in their rehab program, you must call the Addiction clinic for a consultation. After consultation, you will be put on a waiting list and called when a room is available.

The rehab unit consists of 10 single rooms, and the length of your stay is dependant on the severity of your addiction to substances, be it alcohol or drugs, and the state of your physical and mental health upon entering. The average stay is 5 days.

In 1971, the Griffith Edwards Centre Addiction Unit was opened to provide drug addiction and alcohol addiction rehab to the english-speaking community of the greater Montreal area, initially in Pointe-St-Charles, Montreal. Then, in 2007, it moved to its current location, on Pine Avenue in the heart of Downtown Montreal.

The centre is part of McGill University’s Department of Psychiatry, providing treatment for drug addiction and alcohol addiction and its co-occurring psychiatric (mental health) conditions. The Addictions Unit is hospital-based and provides inpatient and outpatient drug and alcohol rehab services to adults. When drug detox or alcohol detox is necessary, inpatient treatment is provided at the inpatient psychiatry unit in the Montreal General Hospital.

All patients eligible for rehab services will have their fees covered by Quebec Health Insurance.

The Onen’tó:kon Healing Lodge is a trauma focused and culturally based drug and alcohol addiction rehab located on Kanehsatake Mohawk Territory, near the town of Oka and the city of Montreal, Quebec. The Onen’tó:kon Healing Lodge program takes place over 6 weeks, and is a 16-bed residential rehab focused on serving Native men and women over the age of 18. Applicants must be of Aboriginal status (through Band, Treaty, Benefit number, or through recognition by community), and priority is given to those from Kanehsatake, Kahnawà:ke, Akwesasne, or other Iroquois nations within the greater Montreal area. The rehab facility is fully wheelchair accessible.

Dopamine, while not a residential rehab, is a community organization which was founded in 1994 in Hochelaga-Maisonneuve, Montreal. Its mission is focused on assisting those with drug addiction and those affected by drug use. Their focus is on providing prevention resources and services for HIV/AIDS, hepatitis, and other blood-borne and sexually transmitted infections. Dopamine focuses on employing strategies that tackle the impacts of drug use, as well as the prejudices that affect individuals and, consequently, the Montreal borough of Hochelaga-Maisonneuve.

The counsellors at Drugs: Help and Referral will 1) Identify the needs of the callers; 2) Assess various potential solutions; 3) Offer adequate answers; 4) Refer to the appropriate resources.

This help and referral service is managed with the financial support of the Ministère de la Santé et des Services sociaux du Québec.

The Portage Mother-Child Program is a residential addiction treatment rehab in Montreal for mothers struggling with drug or alcohol addiction and their children. They also have services for pregnant women in need of addiction rehab services. The Portage Mother-Child program takes place within a residential rehab centre in Montreal with the goal of breaking the mother’s addiction, assisting in the development and healing of the children, and strengthening the bond between mother and child. The program has a focus on eliminating the transfer of addictive behaviour from mother to child, as well as treating the co-occuring mental health needs of the residents.

Portage’s adolescent program for anglophone (english-speaking) teens is a residential drug rehab and alcohol rehab located near Montreal, in Prevost, Quebec. The program consists of gender-specific therapy communities, on-site schooling, building self-esteem and social competencies, as well as providing aftercare and family services meant to assist teens and their families in developing healthy lifestyles outside of drugs and alcohol.

Narcotics Anonymous, often shortened to N.A., is a global, community-based organization with the goal of providing those with narcotics addiction (drug addiction) the resources and community needed to overcome their drug addiction outside of the rehab model. It was founded in 1953, and like Alcholics Anonymus (A.A.), now has members and meetings all over the world.

Alcoholics Anonymous, often shortened to A.A. was originally founded in Ohio in 1935, however meetings are now held all over the world, including several locations in and around Montreal. A.A. is famous for its 12-step program, with its success stemming from its accessibility; meetings are free, nonprofessional, self-supporting, and open to all, regardless of age and gender. Alcoholics Anonymous provides an alternative to inpatient rehabs or outpatient rehabs by creating a community of peers rehabilitating from alcohol addiction.

USD
We use cookies on our website to give you the most relevant experience by remembering your preferences and repeat visits. By clicking “Accept All”, you consent to the use of ALL the cookies. However, you may visit "Cookie Settings" to provide a controlled consent.
Cookie SettingsAccept All
Manage consent

This website uses cookies to improve your experience while you navigate through the website. Out of these, the cookies that are categorized as necessary are stored on your browser as they are essential for the working of basic functionalities of the website. We also use third-party cookies that help us analyze and understand how you use this website. These cookies will be stored in your browser only with your consent. You also have the option to opt-out of these cookies. But opting out of some of these cookies may affect your browsing experience.
Necessary Always Enabled
Necessary cookies are absolutely essential for the website to function properly. These cookies ensure basic functionalities and security features of the website, anonymously.
Functional
Functional cookies help to perform certain functionalities like sharing the content of the website on social media platforms, collect feedbacks, and other third-party features.
Performance
Performance cookies are used to understand and analyze the key performance indexes of the website which helps in delivering a better user experience for the visitors.
Analytics
Analytical cookies are used to understand how visitors interact with the website. These cookies help provide information on metrics the number of visitors, bounce rate, traffic source, etc.
Advertisement
Advertisement cookies are used to provide visitors with relevant ads and marketing campaigns. These cookies track visitors across websites and collect information to provide customized ads.
Others
Other uncategorized cookies are those that are being analyzed and have not been classified into a category as yet.
SAVE & ACCEPT